This page offers an overview of the Change in Historic Institutions model I developed for my dissertation. If you have any questions or thoughts about the model, please don’t hesitate to let me know!

Ernestine Rose (1880-1961) was librarian at Harlem Public Library from 1920-1942 (Jenkins, 1990), and helped make the library into an innovative community space (Anderson, 2003; Jenkins, 1990). Prior to her time in Harlem, she worked with Chinese and Jewish immigrant communities at other branches in Manhattan (Chatham Square Branch Records; Seward Park Branch Records; Sinnette, 1989). According to the secondary literature, Rose was a well-known and admired figure in the Harlem community. When Langston Hughes arrived in Harlem in 1921, one of his first stops was the library. Reminiscing about this visit later, he remarked, “There was a warm and wonderful librarian, Miss Ernestine Rose, white, made newcomers feel welcome…” (Hughes, 1963, as quoted in Sinnette, 1989).

While others have scratched the surface of Rose’s professional life by describing the beneficial work she did (Anderson, 2003; Jenkins, 1990), or by detailing a particular controversy that took place at the library during her time there (Whitmire, 2007), no one has looked at her work in depth or thoroughly discussed the library within the broader context of New York City, the New York Public Library system, or society as a whole. Additionally, no one has applied the two frameworks used in this research (the theory of Information Worlds and the Change in Historic Institutions model), which is being developed and tested as a part of this study, to historical research. 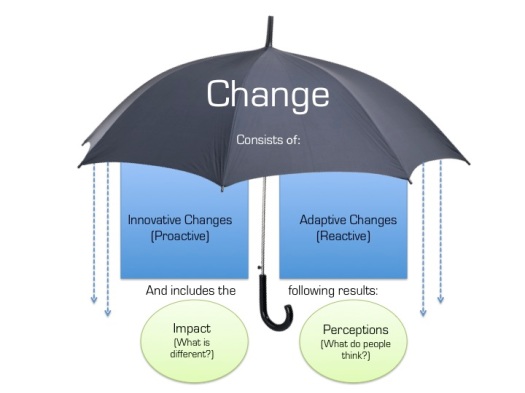 In their work on institutional change, Mahoney and Thelen (2010) argue for the need to look at ongoing change. According to them, many social science theories focus only on abrupt and transformative change. This model tries to account for both, and instead focuses on the process of change and its outcomes in a way that accounts for all different time spans. We also lack a theory of change that considers innovative and adaptive approaches, and that can account for changes that are sustained over a period of time, or ones that are more quick and transformative.

An examination of this literature uncovers two main themes in how libraries engage with change, which can be conceptualized as innovation (a more proactive and anticipatory approach to change) and adaptation (a response to societal change, economic pressures, or other external forces). These themes are conceptualized in a variety of ways, and using a variety of terminology, within the literature.

Before impact or type of change can be considered, it first must be established that a change occurred. The Oxford English Dictionary defines change as to “make or become different.” (Oxford University Press, 2014). Therefore, the goal of identifying change begins with locating differences described in the records.

For example, an entry in the library’s meeting minutes might state that they began a new program to have local authors do readings at the library. This new activity is one that was not currently being engaged in at the time of the record’s creation, and so would be considered a change. Change, as defined here, can include large-scale changes (e.g. adding a new department) and small-scale changes (e.g. staying open an hour later), as both kinds of change would have been a part of Rose’s influence on the library and both have the potential to have an impact on the community and the institution.

Importantly, the concept of change does not necessarily imply positive or negative effects, simply that as the library’s leader she either instituted or allowed a change (whether of her or her employees’ design or from her superiors). After a change has been identified, it can be classified as innovative or adaptive, and the impact of the change and how it was perceived can be evaluated.

This refers to changes that are internally motivated in that they are responses to needs that have not been addressed in the past, but are identified through reflection rather than through external pressures. Innovative changes are proactive—they are changes that respond to a perceived need in the community or to a desire to try something new.

There are several ways to try to identify innovation when working with source documents. One clue is evidence of a push to serve an underserved group or community. For example, the librarian at Cedar Rapids Public Library left documents that enthusiastically advocated for improving access to foreign language materials and reference services for immigrants in the community, along with detailed descriptions of what was being done or planned to offer these materials and services. Importantly, the librarian also took ownership of these activities.

Another feature that appeared in the Iowa library documents that discussed innovative activities was a justification for proposed changes by the person who wished to implement them. This justification would center on presenting a new idea and indicating its value. To use the same library as an example, the librarian at the Cedar Rapids Public Library suggested ways to connect returning veterans with community resources, arguing that they had unique needs and the library could serve as a place to help meet those needs (Skinner, 2010, 2013).

This refers to changes that are reactive rather than proactive. Adaptation is a response to a condition that is placing pressure upon the library, and the adaptive response is a way for the library to account for and respond to that change.

In primary materials, adaptation is most easily identified in instances where there is the presence of external demand (e.g. reduced funding, a nationwide push for censorship) or acceptance of external resources (e.g. engaging in a certain program or activity because the library is given funding for it). For example, in the Great Depression, there is evidence of widespread acceptance of WPA support (e.g. Stanford, 1944), and Dickson (1986) argues that WPA programs were valued by library community, making accepting their assistance something that was considered appropriate and largely non-controversial within the field. In this instance, the funds were used within the parameters of the funder’s expectations (e.g. for staffing or building improvements), and working within the parameters of an external funder may, in some cases, serve as a hindrance to using funds for experimenting with new programs and services. Elsewhere, Woodford (1965) describes the impact of the Depression on the Detroit Public Library, but most of the records he describes point to dealing with drastically reduced budgets and attempts to do more with less. These activities are adaptations to a broader social phenomenon, and his description of the time is one in which a change occurs (e.g. stock market crash) and the library responds as its context shifts in a significant way.

The tone of documents describing adaptive change may be unenthusiastic or even critical of the change the library is required to engage in. For example, records left behind by the Burlington (Iowa) Public Library have a reserved and resigned tone, and it is indicated that the library staff or Board was being asked to enact a given change and felt pressured to do so (see Skinner, 2010; Skinner, 2013).

It is important to note that referring to an activity as adaptive rather than innovative is not to place a value judgment on the activity, or to imply that libraries have total control over every aspect of their operation and community engagement. Instead, using these two definitions is a way to conceptualize how change in libraries operates as a complex and contextually-dependent activity, and to focus on the possible motivations and impacts of change events with the recognition that a single library may incorporate many adaptive and innovative practices in tandem or sequence in response to different aspects of the social context in which it functions.

This refers to the results of change, whether innovative or adaptive. For example: Did that change matter to the community? Did it result in positive or negative changes? Who and what was the focus? Were those what actually experienced change or did change appear elsewhere? Were the results intentional, unintentional, or both? Was the innovation or adaptation maintained over a long period, or was the duration shorter?

This refers to how the change agents (in this case, Rose and the Harlem Public Library) were appraised by others who came in contact with them. This could include the perceptions of those working within the library system (e.g. how library staff perceived Rose and her work) or those in the community (e.g. how community members perceived Rose and the library). It may also include governmental structures of which the library is a part and/or funded by, professional organizations (e.g. the ALA), local partner institutions (e.g. schools, social service agencies), cultural clubs (e.g. arts organizations, women’s clubs), and other organizations that may appear in the records.

Things to look for

The first stage simply involves identifying that a change of any kind occurred in the library.

Adding to a collection

This stage focuses on categorizing the change as innovative or adaptive. Innovative change is proactive and internally motivated, while adaptive change is one that occurs as a response to a pressure not within the library. There is a possibility that innovative change will be described with more enthusiasm, but not necessarily. The best way to code for this is to examine where the motivation for the change is coming from. If the change is one that is internally motivated, even if it is in response to a perceived need in the community, that perceived need is one the library could ignore. Adaptive changes are ones the library is unable to ignore (or that would be very hard to ignore without being ostracized, such as wartime censorship requests).

Coding in these categories should focus on the reason behind the change identified in Stage One, and so the categories include examples of possible reasons for changes.

Addressing an unmet need in community

Desire to try something new

New standards from other outside bodies (e.g. American Library Association)

The final stage focuses on impact and perceptions. These concepts should be considered for both innovative and adaptive change. Both of these concepts are likely to appear in discussions of the change after it has been implemented, so may not be in the same place in the records as the first and second coding stages. Impact focuses on the results (unintentional and intentional) of the change. Perceptions focuses on how the change is valued by those who experience it either directly or indirectly.

The coding examples for both categories are potential outcomes, but other outcomes may be apparent in the records as well.

Higher/lower circulation of a certain collection

Scheduling similar activities in the future

Increased/decreased community support of a program

Support by a specific group or individual

Lack of support by a specific group or individual

Support from government or administrative bodies

Lack of support from government or administrative bodies

Sharing of opinions about the library by someone influential (e.g. an editorial in a newspaper)

Sharing of opinions in documents by other individuals (or groups)