My artistic practice continuously evolves with each new encounter, but tends to circle its way back to themes and practices that speak to traditional methods for art, home craft, and the production and sharing of knowledge.

Below are several of my recent projects, ranging from book art to ink drawings to mixed media pieces on canvas and wood. New work, as it is completed, is often posted on my Instagram account (@BookishJulia or @rootkitchens).

I am available for commissions.

To see my CV, please visit this Dropbox link.

The Hidden Cosmos sits at the intersection of my work as a food writer and culinary historian, a visual artist, and a fermentation professional.

Unlike other oracle decks, The Hidden Cosmos uses the lessons we can learn from different dishes to offer inspiration and promote curiosity (for example, shio koji isn’t eaten plain, but used to enhance the flavors of everything it’s added to. How can we use our skills to build up the people around us?)

The deck can be used as a traditional oracle deck, or it can just be shuffled and pulled from to discover new recipes to enjoy. The booklet is divided into two parts, based on these multiple uses: The first is interpretations of each card, and the second offers recipes corresponding to each of the cards.

The cards were illustrated by hand using a mixture of collage, watercolor, ink drawing, and acrylic paint.

The deck will be available to order in Summer 2021.

I illustrate the newsletter for my fermentation and food history business, Root, adding a layer of depth to my writing on the subject. To me, illustrating my writing helps me see my words in a new light, helping me not only understand what I think is important about a certain food story, but the significance of that story writ large.

To see the newsletter, please visit this link. 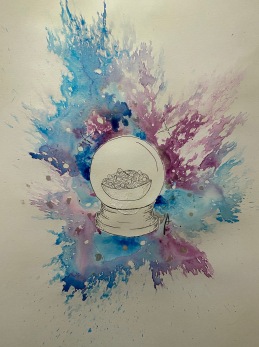 I became intrigued by the overlap between conjuring magic and magic as a spiritual practice, as both increasingly became present in my life around the same time, as I dove in to my own spiritual understanding in tandem with meeting and developing friendships with conjuring magicians.

The recent resurgence in popularity of occult traditions, and particularly of witchcraft, has resulted in the (re)establishment of a public performance aspect as well as a commodification of occult goods. This has been both empowering (for those who now have access to learning about a tradition that resonates with them) and frustrating (for some longtime practitioners who find witchcarft’s popularity to be disingenuous). I found the performance aspect particularly fascinating, particularly as it relies upon the perceived importance of an exact series of steps in order to complete a desired task.

Conjuring magic of course also is performative, and relies on the successful performance of an illusion, as well as a compelling stage presence. However, part of why it works as a performance is because people believe (or want to believe) in the ability of humans to bend the universe to their will using magic. Many practitioners purposefully call upon this belief as a part of their act. This belief rests upon cultural traditions of spiritual magic, inherently binding the two practices together. However, despite their connection based on performative actions informed by a deeper cultural belief, the two traditions are also distrustful of each other. Many witches and other spiritual practitioners regard conjuring as a fun diversion but ultimately as a fake. Meanwhile, conjurers regard witches as fakes, who pretend to have a hand in controlling the world but who ultimately are deluding themselves. 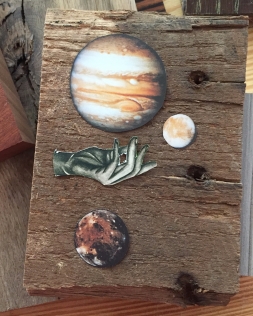 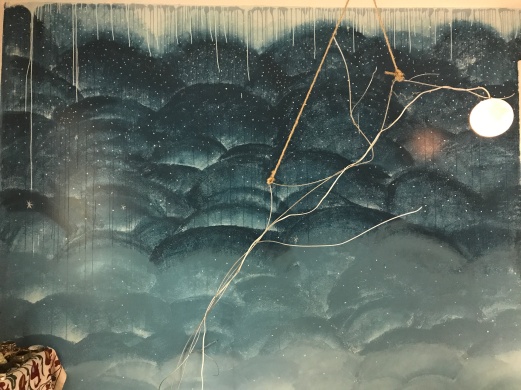 Southern Wilds is a homecoming—having grown up out west, I was connected to these roots but they felt distant and detached. My mother’s side of the family has lived here since the 1600s.

The South is a region often looked down upon by those outside of it, and accents and customs are often dismissed as backwards, provincial, or even unintelligent. But with that dismissal is a dismissal of deep and old ways of knowing and being, that shirks a purely academic understanding in favor of knowledge connected to experience and to community. In this view, communities and families are deeply interwoven, and these connections are expressed through sharing foods, sharing traditions, and engaging in the natural world. However, this desire for closeness is at tension with the region’s other dark histories of enslavement and forced relocation, which (while not exclusive to this area)…

This project explores those discordant histories within southern experience in general and within my own familial background in particular.

Southern life is undergirded by a deep connection to nature: Southerners regularly spend time in nature and grow up learning about and playing in the region’s flora and fauna, and the region’s rich natural settings, even in urban areas like Atlanta, speaks to this connection. However, this connection is as subtle as it is pervasive, and leads to a tension between the desire for expansion and modernization that mirrors wealthier and more disconnected spaces and the desire for continuity. This tension is present, even if not expressed, and can sometimes be found after a new project (such as an oil pipeline or offshore rig) is completed, in a yearning for what was before and in mourning what was lost. This project addresses this by using consumer refuse, such as Apple Store bags, putting them in conversation with items foraged from the natural world.

Many of the foraged and found objects used in the project are deeply personal (such as herbal remedies), and come from my property located in Atlanta, Georgia. This adds a reflection on the meaning of home, the connection to place, and feelings of belonging to the larger discourse of identity and geographic region. 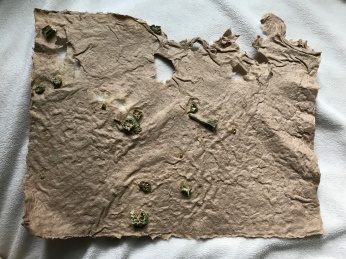 Vessel (2017) bowl sculpture made with cotton linter and ceramic shards dug from my yard.

Like Magic/k, this series explores the space between two interrelated concepts. For me, ephemera speaks to objects and to parts of ourselves that are meant to be fleeting, and when they endure they tell us things about our own identities and our pasts that are intimate (perhaps sometimes too much so). On the other hand, embodiment suggests a static identity, one that is so central that it is written in to our physical form.
In this series, I try to engage with where the two come together, and where they face irreparable differences. 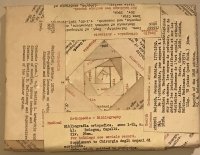 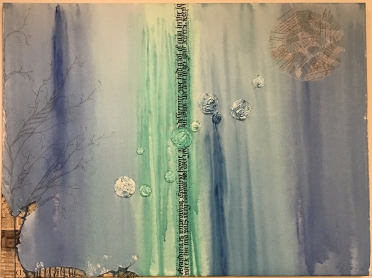 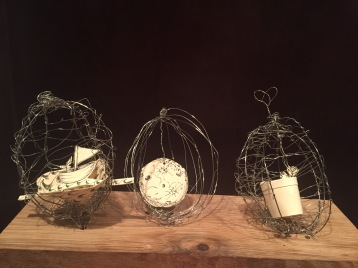 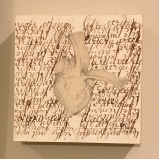 interaction between text and reader (2011) 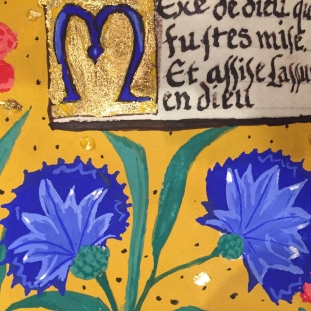 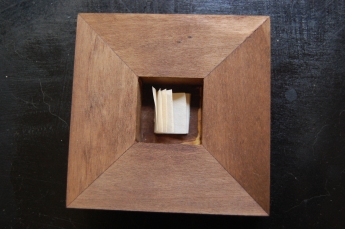 This is a small gallery of some favorite standalone works, which I add to occasionally as I work on my other series.

untitled (2014) ink and watercolor on paper